Roger R. Bate's work with the Software Engineering Institute was instrumental in seeding best practices for software engineering worldwide. Bate, who was a former chair and member of the SEI Board of Visitors, senior member of the technical staff, and, later, a visiting scientist at the SEI, died at the age of 86 in 2009.

In his long and impressive career, Bate was a USAF brigadier general as well as a Texas Instruments fellow, a fellow of the Association for Computing Machinery, and a fellow of the Society for Design and Process Science. He was awarded the Legion of Merit award twice in his military career as well as the Bronze Star Medal from the U.S. Army during the Korean War.

Bate attended Caltech for chemistry, studying under Linus Pauling in 1941. In 1943, he enlisted in the U.S. Army Air Corps and transferred to the U.S. Military Academy at West Point. While there, he co-authored what has become a classic text, Fundamentals of Astrodynamics, and expanded the department to include the study of the emerging field of computer science. He graduated in 1947 and spent the next three years studying as a Rhodes Scholar at the University of Oxford, UK, where he earned degrees in nuclear physics.

From 1951 to 1952, he served with the 10th Engineer Combat Battalion in Korea. In 1966, he earned his PhD in control systems from Stanford University. He was the first permanent professor in the Astronautics Department and later became vice dean of the Air Force Academy.

In 1973, he joined Texas Instruments, where he eventually became chief computer scientist. In a nearly 20-year career at TI, Bate formed TI's Advanced Software Technology Department and served in the Computer Science Research Department. After retiring from Texas Instruments in 1991, he continued his interest in integrated systems development by joining the Software Engineering Institute, where he served in various positions until his death in 2009. 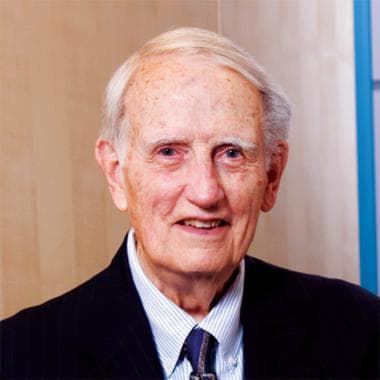